Chief of: Getting Things Done. 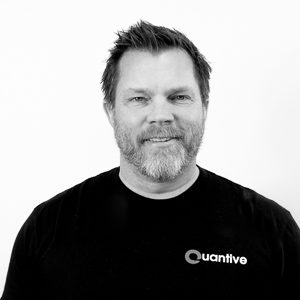 Dan splits his time between M&A deals, overseeing Quantive’s valuation practice, and helping entrepreneurs work through transition planning.  His passion lies in assisting shareholders plan for ownership transitions- at the time and on the terms of their choosing.

Despite his love of working on M&A transactions, he is an experienced and sought after valuation expert.  His deep experience in M&A creates a valuation point of reference goes beyond debits and credits, giving him keen insight into “what it’s really worth.”   Mr. Doran has experience in performing valuations on a wide range of businesses in both size and type.  Since 2004 he has completed several thousand valuation assignments.

Mr. Doran has worked on M&A transactions and valuation assignments in a wide range of industries, including:

Early in his career Dan was a key member in a bankruptcy turnaround / leveraged buyout, and worked at GE on large restructuring projects.  He was also an active duty Army Officer (Cavalry – Scouts Out!).

In his spare time Dan is an avid outdoors enthusiast, has climbed mountains the world over, and enthusiastically tries to see the farthest corner of the world.

Has wrangled a hog, climbed big mountains around the world, and likes black licorice.