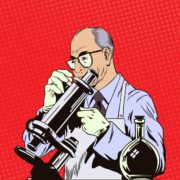 One of the things we like to talk about is trends. Trending in revenue. Trending in an industry. Trending in technology. So reading this piece in Forbes fits right in our bailiwick. Jeffrey Greene – who’s a pretty smart guy – suggests that technology is the largest threat to the white-collar sector. 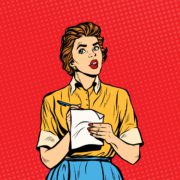 Ok, I admit it. Uber is our darling here.  We tend to go on and on both about valuation issues and what a unique business model it is.  Here we have a company that is looking to raise capital at a $50bn valuation, and it’s core business model is to basically use other people’s idle assets to generate revenue.  It’s growing gangbusters.  Pretty slick.

But not everyone loves Uber.  Aside from taxi medallion owners and stuck-in-the-past politicians, Uber also has a problem with it’s drivers.  It seems that they want a piece of the pie too.  The heart of the matter: drivers are 1099 contractors, and they want to be treated like employees. END_OF_DOCUMENT_TOKEN_TO_BE_REPLACED 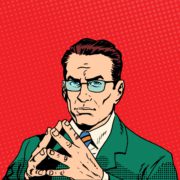 The NFL is one of America’s most visible brands- and far and away the biggest sporting draw.  The league earns an estimated $10 billion or more per year in revenue.  In 2013, an estimated 1.7 billion viewers watched NFL games on the 4 major networks carrying the NFL.  But despite the fanfare – and despite the fact that the league itself is a non-profit with annual reporting requirements – understanding of the league’s finances and valuations are murky at best.

Since we can’t drill down like we’d like to, we’ll settle for a high level look at the two teams in this year’s Superbowl: The Seattle Seahawks and the New England Patriots.

According to Forbes – which publishes a thinly documented annual “valuation” of all NFL teams – the Patriots are worth $2.6 billion while Seattle is worth $1.33 billion.

What, according to Forbes, drives value for an NFL team?  We usually like to think in terms of earnings.  This data isn’t public, but Forbes places the Pat’s earnings at $147 million vs. $27.3 for the Seahawks.  This yields a PE ratio of 17.6x vs 47x for the Seahawks.  Hmmm what?  The Seahawks have a valuation that is about 2.75 times richer than the Patriots.

Unlike other sports leagues, the NFL operates on a socialist model (bless their capitalist hearts).  All TV broadcast fees are divided up and equally distributed amongst the teams.  The League (through some anti-trust exemption magic) is able to negotiate broadcast rights as a whole.  The even sharing helps teams in smaller markets earner larger broadcast fees than they otherwise might.

In 2013, the team share of broadcast rights was $187.7 million1. So every team has a minimum, baseline level of revenues they earn regardless of location or popularity or other performance.   So maybe to get a better look at each team we should strip out revenue sharing and looking at monies earned by team ex- of national broadcast rights.

Where does that leave us?  Ex- of Broadcast revenues, New England generates $240.3 mlllion of revenues vs $100.3 million in Seattle.  So about 2.4x performance.  But they are valued at 1.95x Seattle.  So that doesn’t work either.

Sometimes we want things just because we want them.  Sometimes we call this concept intrinsic value – that is, “value for it’s own sake.”  We also refer to this concept as “Investment Value” – or the value to a particular individual.

I tend to think this is what you see at work in pro sports teams valuations. I clearly have no idea what Forbes does to make up these numbers, but we do know that very rich people buy these businesses because they really, really want them.  Look no further than Steve Balmer’s purchase of the Clippers for what many thought a huge premium to valuation.

Thinking of it in that light – say you are a fella in Seattle that has oodles of extra money and really likes football.  And assume for a moment that a football team becomes available in town.  What’s more important – buying the team?  Or getting the valuation right?

Paul Allen owns the Seahawks.  He’s a pretty rich fella from Seattle.  And that, folks, is what Investment Value is all about.

(1) The Greenbay Packer’s are the only public team company.  As such they report their financial performance, indicating  the $187 million received from revenue sharing.