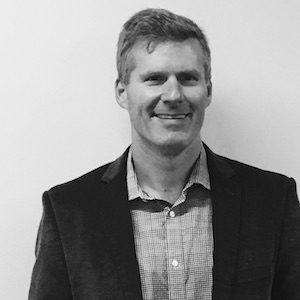 Bob spent over a decade investing venture capital and growing early stage companies in industries ranging from IT to renewable energy to consumer goods and more by working with leadership teams on strategic plans and maximization of growth and profitability. His experiences have given him diverse insights into what it takes to grow a successful company as well as orchestrate a successful exit.

Previously, Bob spent several years building communications satellites at Orbital ATK with responsibility for the design, manufacture and delivery of power and other bus systems. For a time, one of ‘his’ satellites was broadcasting HBO and other channels to the eastern continental US. You’re welcome!

Bob cut his teeth in the ‘real world’ as an officer in the Marine Corps, predominantly with 3/7, an infantry battalion. His experience leading Marines translated directly into his first civilian job as a process improvement engineer on the factory floor where he was able to make surprisingly significant contributions to the bottom line through a combination of common sense, no-brainer changes and rigorous process analysis.

Bob grew up in Westfield, NJ, where he was active in sports and hiking. He received a Bachelor of Science degree from the U.S. Naval Academy in Aerospace Engineering and furthered his education with an MBA from Virginia Tech. He has 3 adult children.

In his free time, Bob enjoys hiking, skiing, water sports and traveling. He rarely finds a destination he can’t locate a mountain to climb or a worthy walkabout. He has climbed mountains in several countries and states and plans to do more.