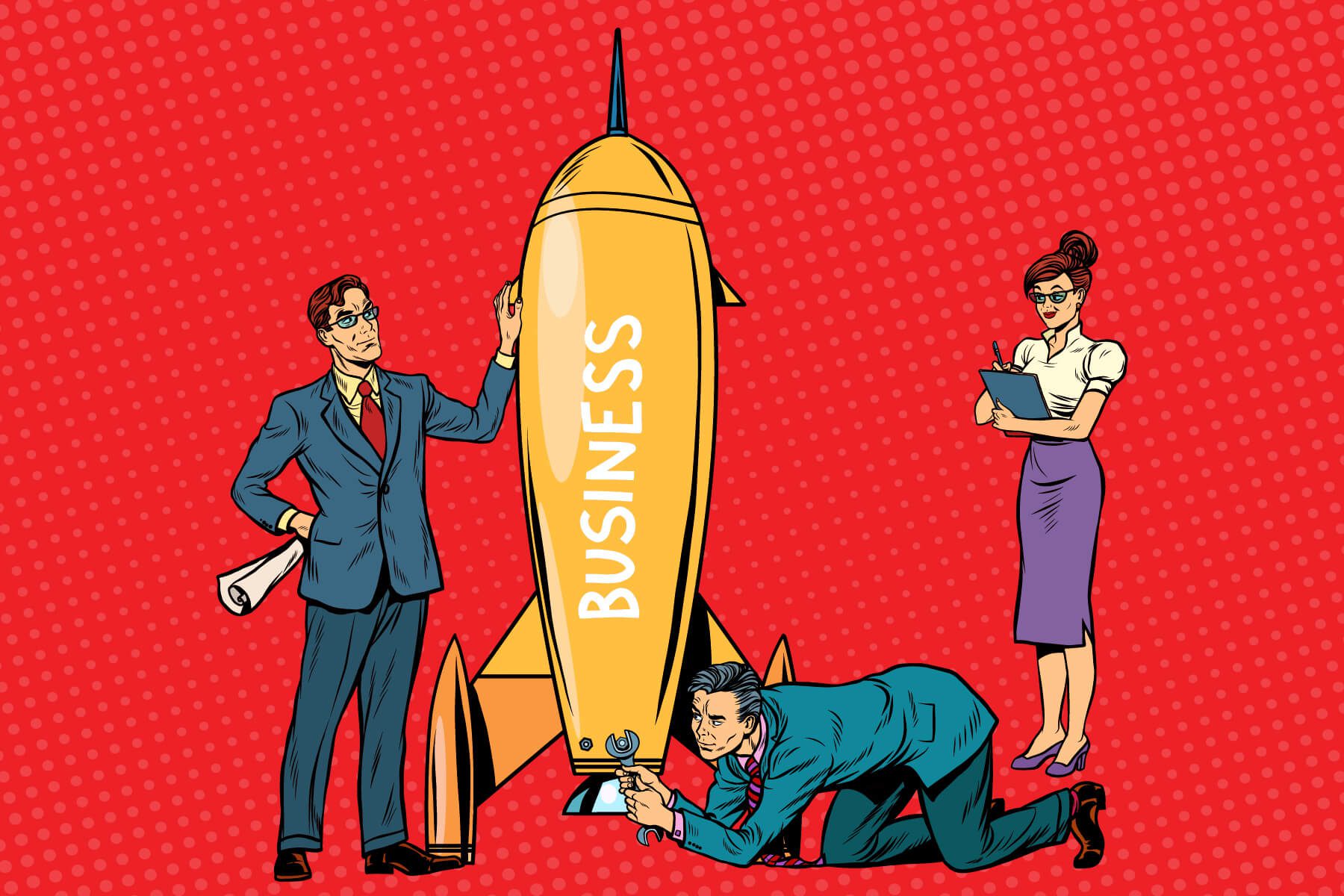 [alert title=”Note from the Author:” “information”]I was recently interviewed for an Inc.com magazine piece detailing key factors that impact valuation.  That’s like listing out all of the components of a hotdog – an extensive list of ingredients with some complicated formulation and maybe even an item or two that is best left up to the imagination.  Well needless to say, my minds been racing as to the best way to answer this question and to be “frank”, the response circles back to the fact that there is no one-size-fits-most answer.  With unlimited number of business models and demographics, each valuation engagement is an entirely unique process.  With that in mind, I thought we’d take a quick look at a very unique business model: the “pop up store.”-JT[/alert]

Keeping in the ghostly spirit of the season, let’s observe the popular pop up Halloween costume warehouse.  These businesses appear at every vacant building and storefront along any major highway or mall complex during the months of September through October.  This is a unique business model that has to overcome hurdles such as managing inventory and obtaining temporary rental space.  Below is a summary of some of the key elements that drive as well as detract from value.

So with all of the obstacles a Halloween store needs to overcome, why is this business model something of value?  Not only is it estimated that Americans will spend $7.4 billion this year on all things Halloween (costumes, decorations, and pumpkin buckets full of candy), but the National Retail Federation estimates that people will spend $350 million alone dressing their pets!

That equates to $1.4 billion spent on adult costumes and $1.1 billion on children’s costumes.

Retail giant Spirit Halloween, a subsidiary of Spencer Gifts, LLC, is a success story in and of itself.  The Halloween super giant has experienced tremendous growth since its first store opening in 1983. In 1999, Spirit Halloween operated 63 seasonal locations throughout the United States.  After its acquisition by Spencer’s, Spirit has expanded its store base from 63 locations to over 1,100 for the 2014 season.

The National Retail Federation (NRF) released some other surprising predictions for this year’s holiday.  According to their study, more than two-thirds (67.4%) of celebrants will buy Halloween costumes for the holiday, the most in the survey’s 11-year history.   That equates to $1.4 billion spent on adult costumes and $1.1 billion on children’s costumes.  Additionally, the average person will spend $77.52 this Halloween, compared to $75.03 last year.  The rise in this price is due in part to the anticipated parties that 54 million people will throw or attend, especially since the holiday falls on a Friday this year.  This translates to higher than average anticipated earnings levels for Halloween retailers.

Ultimately, as a rule of thumb, IBIS World reports that the sale of 70% of a store’s inventory is considered a successful year.   More importantly, the ability to save, store, and resell unused inventory the following year lessens the blow on any unsold items.  Other than the hot costume trends of the year, standard Halloween concepts can be recycled year after year.  Despite the many Disney Frozen and Ninja Turtle costumes you will see this year, “pirates, zombies, cops, and clowns are evergreen,” according to Steven Silverstein, CEO of Spirit’s parent company, Spencer Gifts.  “That’s our secret sauce. You have to be able to carry over a significant amount of inventory year to year. In traditional retail, you might not be repurposing anything. For us, consistent themes remain, and we’re repurposing 30% to 40%. We’re not just trying to get rid of it.”

While these stores are geared towards the sale of all things Halloween, the largest margins are within the costumes themselves.  Profits have been stated as anywhere from $24 to $180 an outfit.

These Pop Ups are in operation for no more than two months out of the year, but they make those two months count!  Spencer Gifts’ reports an estimated $250 million in annual revenue.  Approximately half of total sales are now attributed to Spirit Halloween (aka, the Halloween franchise generates the same level of revenue as its Spencer’s counterparts in one-sixth the time).  Even within the online arena, 90% of Spirit’s online business year-round comes in the 12 weeks leading up to Halloween.

Seasonality is an integral component to financial analysis.  As such, we make sure to observe trailing twelve month financials when valuating companies with an effective date other than the Company’s fiscal year end.

Pop up stores look to inhabit locations between 8,000 to 15,000 square feet.  Fortunately, commercial landlords view business model’s like this as a saving grace, happily taking $20,000 for two months in a unit that would otherwise sit empty.  Unfortunately, the Company will have to pay a higher than average rent expense for the fleeting occupancy.  The high price tag pays off; however, as visibility within high traffic areas is a key driver for profitability in general as well as in comparison to other costume and décor retailers.

Ironically, at the depths of the economic crisis in 2009, when most retailers were seeing shrinking sales and “going out of business” signs, Halloween pop-ups were at their peak.  Rental space was readily available and these tenants were in high demand.  While a down economy improves bottom lines by decreasing one of the company’s largest expenses, it also negatively impacts revenue potential.  NRF estimates that 1 in 5 shoppers say Halloween spending will be impacted by the economy.  This impact will cause 20% to DIY their own costume and 8% to hunker down, shut the lights, pull the shutters, and not hand out candy this year.

Competition lies primarily in convenience – previously addressed location being the primary driving force.  As with all elements today, the internet makes the playing field that much more competitive.  Brick and mortar stores tend to fair well compared to their online counterparts as most people wait until last minute to ship for and purchase their costume and shipping can be both expensive and unpredictable.  Big box retail giants such as Walmart serve as a significant competition especially in the convenience factor.  A customer can go to a “mart” store and accomplish much more than just their Halloween shopping – time is a limited and valuable resource.

These are just some of the factors that would be analyzed in valuing a seasonal retailer. Additional items to consider and evaluate include the Company’s financial history, health, and trends; capital structure; management team/hierarchy; and, vendor relationships. Other elements that are critical in different industries include things like customer concentration; contracts in place with those customers, vendors, and employees; patents and other proprietary content/products; and, shareholder dependency to name a few.

Using a Waterfall Chart for Effective Forecasting
Scroll to top