In any organization where there is more than one owner, the drafting of a buy-sell agreement is of paramount importance.  Even the strongest business relationships among partners can be tested by retirement, transition or some other form of transaction.

A buy-sell agreement sets the parameters for any potential transaction which may take place. It also provides valuable guidance for those inevitable real life situations. It is absolutely necessary in order to avoid potential litigation upon the departure of an owner, as is often the case the leaving owner believes that his shares are worth more than the remaining owners believe they are worth.

With that in mind, we’ll review a few items that we routinely encounter from a valuation standpoint.

The two usual options with regards to Standard of Value are Fair Market Value (“FMV”) or Fair Value (“FV”).   The difference in value between the two can be staggering, especially for minority shareholders.

Fair Market Value, is typically defined as “the price at which the property would change hands between a willing buyer War Story: We worked on a valuation for a dissenting shareholder in which the document stated FMV but defined FMV similar to FV.  The ambiguity in the language drive significant cost and discontent for the parties involved. and a willing seller when the former is not under any compulsion to buy and, the latter is not under any compulsion to sell, both parties having a reasonable knowledge of the relevant facts.”

Under this standard, discounts are typically applied to minority interests for Lack of Control and Lack of Marketability.  Given that these discounts can oftentimes approach 50% of the pro rata value, minority shareholders unaware of this standard can often find themselves with an investment worth considerably less than anticipated.

In contrast to FMV, FV is often defined as the pro rata portion of the overall entity’s valuation without discounts.  Under the FV standard a minority interest would be worth considerably more than at FMV.

It’s imperative to be cognizant of the meaning of each standard when drafting the document, as imprecision at the drafting stage can often have drastic consequences.

In general there are three methods to address the valuation mechanism: use a formula, rely on structured negotiations, or use of an outside firm.

While the formula approach is often the most straight forward, it is also perhaps most prone to unintended consequences.   Post-drafting the make up of the business can change, the industry can change, and the economy can change.  Each of these items alone would have a material impact on the viability of the formula chosen.

As noted in the seminal Sunbelt case, valuation formulas can quickly lack context to current reality:

“There is no bright-line rule relating to the maximum length of time that may occur between an earlier transaction and a cash-out merger before the Court discounts the weight of the earlier transaction as evidence of fair value . . . I conclude that three years is far too wide a gap between the two events.”(1)

If a formula approach is used as an expedient, perhaps an annual visitation of the formula would at least safeguard against having an outdated formula.

Structured negotiations often fall broadly into two categories – the annual pricing mechanism, and a put/call approach (often called a “shotgun” clause).   The former forces shareholders to annually agree on a value for the company.

While a laudable planning exercise, its unfortunately common that the valuation process goes the way of the annual meeting and corporate minutes (that is, never completed).

Further, absent an agreement on the valuation, there remains the need for another mechanism to ascertain value.

The third party valuation, when performed by a qualified valuator, can be an expedient and accurate method to ascertain value.  A well drafted buy-sell agreement will help the valuator in developing value on the subject company.

In the case that parties dispute that value, or cannot agree on a valuation firm, it is often appropriate to insert of “average or three” clause or similar mechanism to avoid protracted disputes.

Somewhat as an aside to the buy-sell agreement, and area that we often see neglected is funding the buy-sell.  In situations where a triggering event such as incapacitation or death of a shareholder trigger the buy-sell, companies often lack the means to complete the transaction mandated by the agreement.  Investigating insurance options early is in inexpensive way to fund what can ultimately become an expensive problem.

As with many things in life and in business, removing ambiguity early in the process often leads to less pain and expense down the road.  Shareholders often avoid the expense of drafting a formal shareholder agreement thinking “it will never happen to me” – but obviously it does.  Drafting documents that speak to, amongst other items, these key issues can save significant expense down the road. 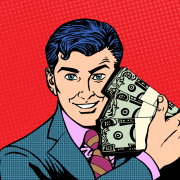 A bad buy-sell agreement and an $11million mistake...

Using a Valuation for a Shareholder Buyout

Selling Your Business and Valuation

Lenders Speak: “Getting the Deal Done” A bad buy-sell agreement and an $11million mistake…
Scroll to top